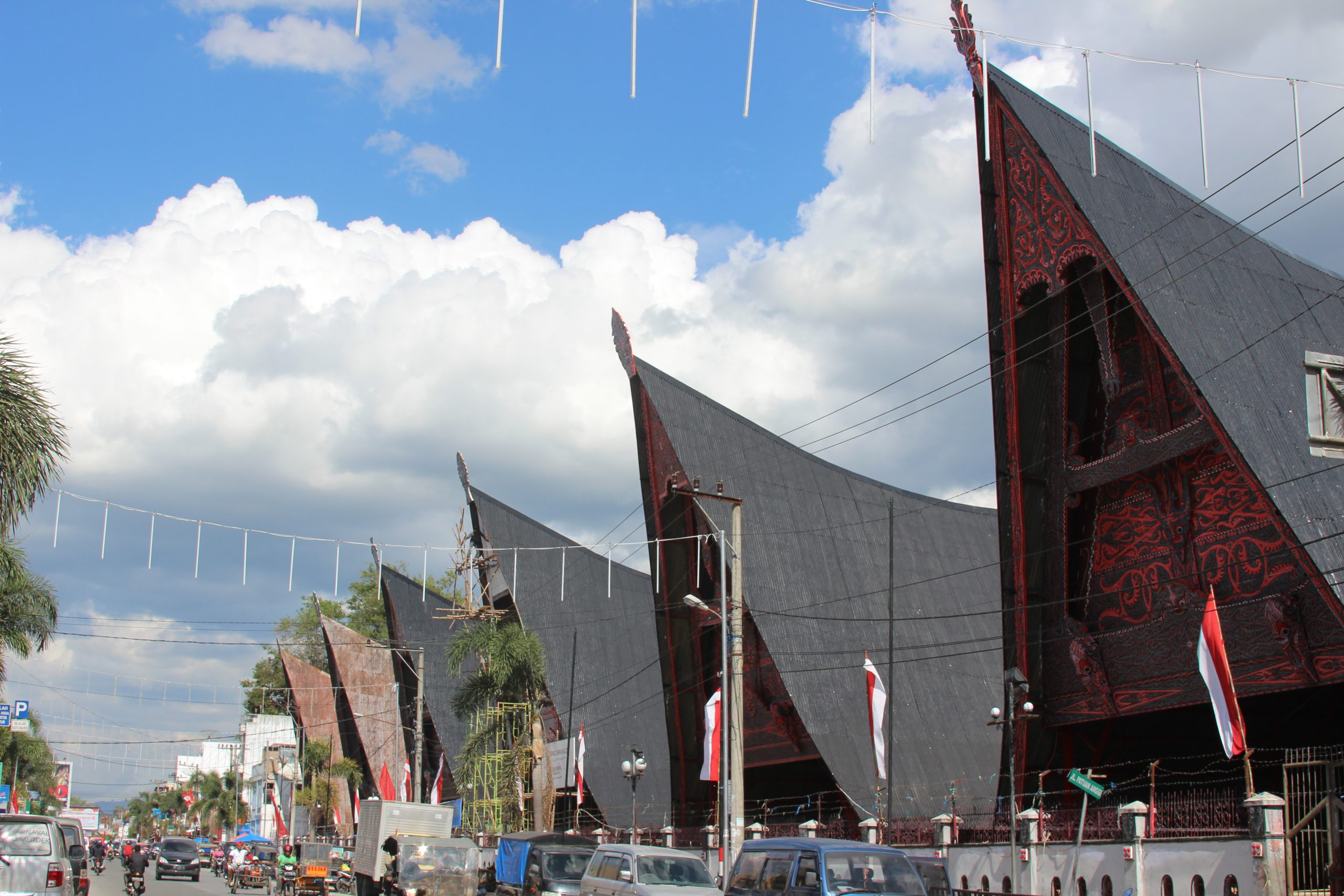 Balerong or Balige Market has 6 (six) independent steel-composite construction buildings with typical Batak motifs and 6 (six) symbols representing the letters of the city B-A-L-I-G-E letters.
Initially this balerong building was designated as a place where the kings “raja-raja bius” assembled and the village community figures or “natuatuani huta” for community-based deliberation for Toba’s development and customary (Batak cultural) activities.
In 1936, Balerong building function other than as a place of the kings meet or “partungkoan” earlier as well as location “martonun ulos” or woven cloth typical Batak, as a place of barber and buying and selling of crops.
Balerong with motifs “gorga” (Batak typical carvings) or often called “ruma-gorga” Balige built with steel-composite construction during colonization (Kompeni, Netherland) ie in 1928. In doing finishing with motif “gorga” was entrusted to 3 (three) org expert carver “panggorga” a reliable Toba namely clan Panjaitan from Sitorang; the Siagian clan of Goppar Sigombo and the Napitupulu clan of Sigumpar.
Now, in 2017 – the Balerong building is revitalized with the gorga retreat and the roof done by the grandchild of the early “panggorga”, named Bagian Panjaitan (63 years old) and still living in Sitorang.
In the future, will begin to function 1 (unit) Balerong with the letter “B” in front of it will be intended as outlet souvenir typical tobasa.
Gradually all of them will become icons Toba Samosir as a center of local creative souvenirs.

Recent Posts
Instagram Dinas Pariwisata dan Kebudayaan Kabupaten Toba
Instagram has returned invalid data.
Back To Top
We use cookies to ensure that we give you the best experience on our website. If you continue to use this site we will assume that you are happy with it.Ok